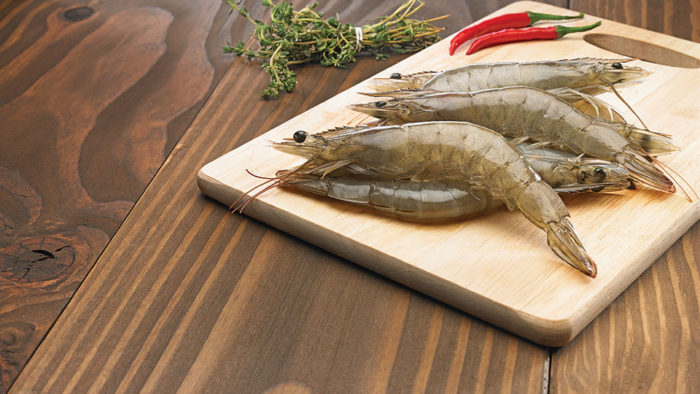 Whiteleg shrimp (Litopenaeus vannamei), also known as Pacific white shrimp, is a variety of prawn commonly caught or farmed for food. Litopenaeus vannamei grows to a maximum length of 230 millimeters (9.1 in), with a carapace length of 90 mm (3.5 in). It is restricted to areas where the water temperature remains above 20 °C (68 °F) throughout the year. It is one of the most well know breed of shrimp across the world.